Being IT-outsourcing an important business trend in the era of digitalization, the topic has received attention from scholars during the last decade. However, the particular phenomenon of IT-outsourcing in the logistics sector, which is also gaining momentum as a business practice, has been much less studied and therefore not present in academic literature. This text provides an interesting an encompassing account on the topic of IT-outsourcing within the context of logistics service providers facing the challenge of digitalization by providing an account of the main drivers and implications of IT-outsourcing in the field of logistics. Based on a conceptual model, an empirical comparative study between the logistics sectors of Germany and Mexico is conducted and further enhanced through information gathered by means of in-depth interviews giving further illumination of the factors influencing IT-outsourcing in both countries.

This section contains all of the studies, white papers, and talks by Fraunhofer SCS.

Fields of research at Fraunhofer SCS

Our fields of research are where our vision takes shape, and where we expand our expertise and domain knowledge. 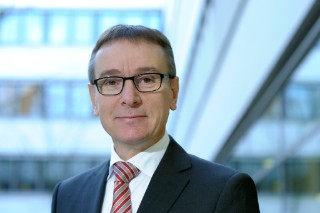