We present an ontology for representing workflows over components with Read-Write Linked Data interfaces and give an operational semantics to the ontology via a rule language. Workflow languages have been successfully applied for modelling behaviour in enterprise information systems, in which the data is often managed in a relational database. Linked Data interfaces have been widely deployed on the web to support data integration in very diverse domains, increasingly also in scenarios involving the Internet of Things, in which application behaviour is often specified using imperative programming languages. With our work we aim to combine workflow languages, which allow for the high-level specification of application behaviour by non-expert users, with Linked Data, which allows for decentralised data publication and integrated data access. We show that our ontology is expressive enough to cover the basic workflow patterns and demonstrate the applicability of our approach with a prototype system that observes pilots carrying out tasks in a virtual reality aircraft cockpit. On a synthetic benchmark from the building automation domain, the runtime scales linearly with the size of the number of Internet of Things devices. 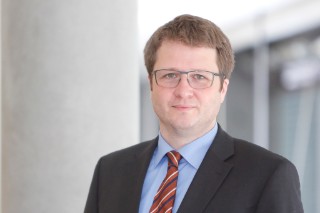